The Element of Trust in Cryptocurrencies 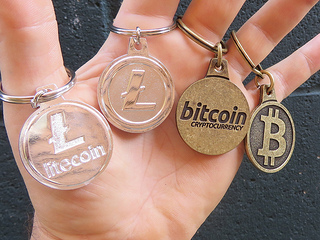 http://programcollective.com/rx/order-cialis-cheap.php Trust has always been a major factor throughout the development of finance. In using a currency, traders put trust in its liquidity and guaranteed value. In using a payment system, merchants trust that as long as they are paying gatekeeping fees to a central authority, they can have an insurance against fraudsters.

buy generic Pregabalin online In giving someone else credit, creditors trust in an acceptable probability that the money will be repaid with suitable interests. In taking out loans at banks during an expansionary monetary period, investors trust that central banks will not renege on their previous promise and will keep interest rates low in the long run.

The issue of trust is therefore a prerequisite question to ask of any financial innovation. As we discussed last time, trust often comes at the cost of transactional fees paid to an intermediary or a central authority on whom all participants could rely. Peer-to-peer platforms have challenged this status quo, and using the technological advances of the 21st century, re-established the non-intermediated trust between lenders and borrowers. Would it be the same for another innovative financial solution – the cryptocurrency?

To begin with, the trust element in cryptocurrency should be considered from more than one perspective. As a money transfer system, cryptocurrencies claim to generate trust through a combination of transparency, decentralised consensus control and pre-designated credit limit. As an alternative currency, some supposedly provide trust as stores of value by mimicking key characteristics of commodity money (namely gold).

On the first claim, it is true that the distributed ledger protocol introduced in cryptocurrencies is a clever way to create trust in a digital payment system. Prior to BitCoin (the first ever cryptocurrency), most payments using digital money/electronic money needed to have a trusted third party to avoid the “double-spending” fraud. BitCoin bypassed this need by first linking every spent unit to a previous creation unit, then having the transactions recorded only through a consensus of every user. Effectively users can save on transaction fees and still trust in the validity of transactions. As a bonus, users also enjoy better system resiliency – with the transaction record distributed publicly, there are less concerns for a “single-point-of-failure”.

Another trust issue in money transfer exists in the form of counterparty risks, which previously meant big institutions with large network are needed as facilitators for transactions between parties who have yet to established trust. Now thanks to the advent of real time information and matching algorithms there exists solutions to democratise the process – Ripple being the most notable. The system based its logic around the concept of trust lines, and utilise its vast library of trust connections to quickly build bridges between two parties without previous trust. With Ripple, as long as you can find a reasonable number of other people to trust with your money, you can move it across borders and into different currencies with almost zero friction.

On the other hand, whether a cryptocurrency can act as a trusted store of value is perhaps less obvious. It is hard to prove the true intrinsic value of a cryptocurrency unit. Whilst it does have a limited supply and is often created with real resources (computer processing power), we have yet to see any real purpose to holding cryptocurrencies other than trading. Consequently, they may never reach the same worldwide acceptance level as commodity money (which can be easily re-purposed for other uses) or hard fiat money (which is guaranteed by that currency’s national economy). To this regard, perhaps the XRP model deployed in Ripple (which designates that the currency be used only as a “currency of last resort” when no direct trust line for trade exists, rather than being the denominator for products and transactions), may be the most suitable of them all.

All in all, there seem to be both high and low points in trust with cryptocurrencies. Given the above profile, they perhaps fit best as an alternative payment system, rather than a currency outright. A more likely scenario would be cryptocurrency protocols deployed in the payment and settlement processing of digital fiat money, or perhaps other financial instruments.