How is Fintech bringing finance back to its roots? 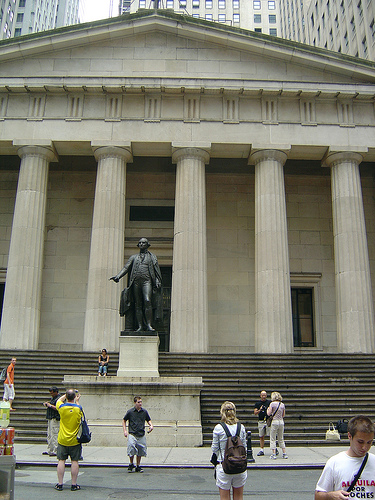 Babat To some extent, the FinTech movement is not necessarily an all-out revolution. Indeed many FinTech solutions bear marks of the traditional roots of retail banking. For instance in our last post we mentioned Peer-to-Peer (P2P) platforms and the shift towards frictionless transactions and disintermediation. While the former is undoubtedly a product of new technology advances, the latter is not at all novel. Effectively P2P platforms could be more accurately viewed as a transparent and frictionless version of the traditional financial intermediary model.

Chioggia It’s not without reasons that the traditional intermediary model of banks has been prominent for a long time. Lending and borrowing started out as direct transactions amongst a local community – e.g.: a building society – whereby lenders and borrowers almost always know who they are dealing with. However outside the community boundaries, for both physical and informational reasons, borrowers need to have a middleman to find deals they want, and lenders also need the same guy to guarantee the person(s) they are lending to. This, coupled with the need for more readily available liquidity on both sides of the transaction, creates the demand for financial intermediaries – the banks. In effect, outside the local community, lenders relinquish direct control of their money to banks, who then link such capital flow to those who need them by leveraging the tremendous width and depth of their operations. Most of the times, lenders can’t know or decide how and what for their money is being used.

This used to be the case, up until 2007. With customers’ trust at record low after various risky investment schemes exploded, there was a resurgence call for control and transparency in banking from lenders. Meanwhile on the other side, SMEs and individual borrowers struggled to find loans at decent rates, as banks turned their focus onto meeting regulations and restructuring operations. These trends eventually culminated in the establishment of the 21st century’s disintermediated platforms: online P2P banking solutions, which let users see and choose the specific counterparties they want to transact with. Building on the advent of e-commerce and big data analysis, P2P solutions help users overcome the physical challenge by connecting them directly through the Internet, and solve the information shortage with credit scores formulated from digital footprints. In a way, technology has allowed banking to come full circle.

So now that Fintech has returned banking to its old roots, the natural question is will it sustain? Until now the disintermediated P2Ps have been off the radar for regulators, mostly because they were still at the beginning of the adoption curve and have yet to involve large transactions. Once big corporations really start to utilise them however, lenders will need more guarantees for their money, in the form of a provision/reserve fund, rather than just credit scores. Would such development then upset the operational efficiency of P2P, and effectively force out re-intermediation? These certainly remain core issues to consider, not just for P2P solutions, but for all FinTechs alike.