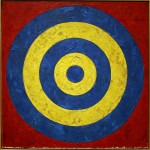 The economies of scale available from transferring a small number of servers to a big dedicated provider must show a substantial reduction in cost. Likewise, a small over-stretched or even an under-utilised internal IT resource or resources will never compete with the expertise of the a large-scale cloud provider.

For this type of small to medium company, moving to the cloud is surely a no-brainer. In my opinion it is for any company, but I can understand the trepidation of the larger organisations to some extent. In a way, the whole situation is a classic example of Clayton Christensen’s Innovator’s Dilemma, where small nimble companies innovate and try new technologies, while the old, established companies think they can cruise along using their existing systems. Look what happened to GM, when it thought it could simply rely on protectionism and acquire its way to innovation. Like the trend towards lower fuel consumption in vehicles, increasing reliance upon cloud based services is here to stay.

For small to medium sized organisations, the opportunity to take advantage of the lumbering pace of the big boys and streamline their own IT, is here.