FinTech vs. Banks: A Frictionless Paradigm 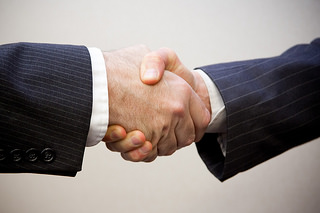 http://nextstepcc.com/wp-admin/css/colors/blue/red.php For quite some time, innovation in banking was highly scrutinised and frowned upon. Fresh out of the big crisis, at first all that people could associate with the term was debt securitisation and risky investments. With regulation also tightened up (especially for incumbents), this seemingly created the notion that banking was to remain a stronghold from innovation and that disruptive waves from technology advances would not affect the industry as a whole. And yet, almost a decade later, that notion no longer holds true. FinTech innovators with solutions that tackle real customers’ needs whilst guaranteeing a top-notch user experience, are redefining how banking should work.

One major disruptor – direct banking – comes in the form of disintermediated and frictionless transactions. New peer-to-peer lending platforms, without the burden of heavy legacy systems and high street branches, are free from traditional operational cost models and thus can offer lenders and borrowers more favorable rates with better transparency. Early adopters have been individual consumers with unsecured borrowing and SMEs, whose cost-benefit profiles have gradually become less attractive for the risk-averse incumbent banks post 2007. Initially, there were doubts on how trust and reputation could be maintained effectively in a model without the usual contact points (bank branches, customer helplines). As it turns out however, this generation of consumers (Gen X & Y) are confident enough to deal with unconventional providers, as long as they are visible, transparent and regularly checked. Indeed, we might soon see banking solutions from megabrands with a completely non-financial background, such as Google or Apple.

What does all of this mean in the big picture? Of course banks will look at FinTech platforms first as competitors, since they are taking away bits and pieces of the banks’ retail business. However, there are definitely opportunities for co-operation and learning. P2P platforms for instance often suffer from a lack of liquidity, and institutional capital from banks could be the necessary boost for them to upscale. Across the table, banks can deploy their own version of the direct banking models utilising in-house systems built from the ground up. Pioneers such as Atom bank, Fidor bank and Chartered Savings bank are already rolling out with a 100% digital model, whereby customers trade off all contact for better rates. Granted, it might not be as easy for banks with too much legacy (both in their systems and people) to make such a dramatic switch and they therefore might opt to limit the disruption to a certain subsidiary, but the potential gain from adoption will be hard to ignore.

With waves after waves of disruptive innovations, banks are at the point where they have to make the decision to either adapt, innovate or simply give way. As banks get more and more focused on the big client horizon, there will be areas where they have to cede business over to new players. But co-existence does not have to be such a bad choice – banks can implement new operation models and in many other ways become a player in the FinTech playground, by leveraging their resources in the capital markets.