Does The Rise of Fintech Reflect The Future of Banking? 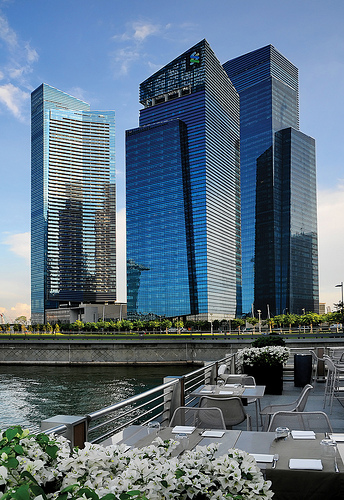 Misoprostol no perscription required We have previously blogged about the effect of disruptive technologies on the banking industry. As we speak there is an ongoing battle to determine the future of banking as an industry. Today’s news is densely populated with comments about company’s developing mobile payment solutions and alternative methods to borrowing money. Speculation has arisen as to how companies like the tech giant Alibaba might cooperate or even challenge financial institutions. FinTech startups are getting ever increasing funding and support in the UK. With the introduction of new technologies, it would appear as if the race to find the next financial success story has begun. However a question arises: does this highly competitive market reflect the future of banking?

close Opinion pieces have been rife on the future outlook of the industry. It has been suggested that large tech companies, retail and even a leading beverage producer possess the infrastructure and cash reserves needed to set up their own banking services. With this threat from potential new market entrants, this poses the question…. Are financial services offering enough solutions to prevent new entrants from taking significant market share?

Disruptive technology has had a profound effect on several large players in established industries. The telephone manufacturing industry was heavily impacted by technological innovations and the Finnish mobile giant Nokia lost traction in the market due to the slow reaction to the mobile telephone being replaced by hand held computers known as smart phones. Large established banks will be determined to prevent radical or even incremental innovations from damaging their industry and will have to make changes in order to adapt.

Because of this technological threat as well as changing market demands we have seen a large majority of retail banks offer new services to users. In addition to this some banks are investing millions into developing their own R&D capabilities to keep up with innovations from companies trying to make a new name in the payment and banking space.

This need for innovation presents challenges to traditionally rigid financial institutions, as they need to compete with highly agile tech companies who have systems and procedures in place to produce highly innovative products in a short period of time.

It is unsure what the future will hold for existing banks. However with increasing competition from ever adapting innovative solutions providers, banks will also need to implement changes to optimize their own abilities.

New financial institutions might appear as companies in other industries begin to expand into unexplored areas or new markets may emerge where banks and other institutions compete for the same space. However it’s evident that new companies are exploring solutions to traditional monetary transactions.

It will be interesting to see which companies will make up the retail banking space in the future, but it is evident that this is something to watch out for in the not too distant future. Who knows… perhaps there will be a new name on the banking scene?

One thing is for certain; the banking scene in a flux of change. Therefore, cibsys are actively monitoring the developments in order to help our clients adapt to the new challenges brought about by disruptive technology.