Disruptive Technologies and Business Models in the Banking Sector 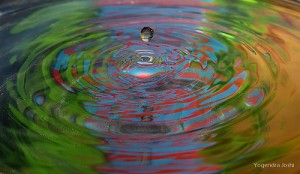 Just recently, I was in discussions with a mutual friend whose role was to examine the effects of disruptive and revolutionary technology for a large, German engineering firm. It speaks volumes for this firm that they are far sighted enough to look at this and to even employ a small team to consider how market trends could affect them in the coming years. His current project involves analysing the effects of 3D printing technology and the rise of micro manufacturing on this global giant; questions like how they could embrace the oncoming changes and what areas need adjusting are openly debated and built into their strategic planning.

Given my consulting relationship with the banks, our conversation naturally turned to discussing the near absence of strategic thinking in the traditional banks and their blinkered view of the market place. We wondered if there is a similar disruption emerging that they should consider. It quickly became apparent that as the engineering behemoths will face challenges from the likes of micro manufacturing, the world of banking and finance should also be wary of the ground swell of disruptive business models they are facing in the social marketplace.

When I closely reviewed the banking market, the post-2007 lack of confidence and tightening of regulation and credit are forcing a huge and growing number of customers to seek alternative methods of financing. If these methods continue their aggressive growth, we could easily see large scale threats materialising. In many ways, the models are not new but the internet age is forcing a return to customer centric models that the big banks appear happy to ignore at their peril.

If we consider the earlier days of finance – people with money networked to find a home for that money by lending to those in need via family, friends and the local marketplace to generate interest on their investment. From this trusted third party, intermediaries arose creating various societies and organisations which eventually became the local banks and building societies on which our big banks were founded. This market created places where those with money could facilitate the plans of those without and in turn receive a reasonable fee. Fast forward to the present day and we see social media and web connectivity creating a new market place where those with money are reaching those without and consequently eliminating the role of traditional banks.

Take crowd funding websites for example, social interaction is connecting those with money to those that need it. In this situation, the role of banks is relegated to merely that of a payment agent. As crowd funding continues to rise in popularity, these new players will begin to cause major havoc to the business lending activities of some of the most established financial players. Now add to this the emerging peer to peer lending sector and we observe loans being raised by those in need of direct investors with no banks involved, except to execute the payments. These players will be forced to kiss goodbye to their profits from lending activities – the core business for traditional banks. We can then include the online and high street “pay day” lenders who are even stealing the traditional overdraft market, and the quick fix unsecured loans at a high rate of return replacing the bank current account overdraft. I am also watching with interest the growth of private direct to placement share transactions where even big firms are starting to realise they can reach investors directly without incurring huge corporate finance fees. Another factor to consider may also be the re-emergence of the building society in online peer-to-peer form with housing finance being backed by a social network of capital rich investors aligned to the new generation of home owners. Need I mention that consumer finance has already been ripped away from the big banks in many areas by the manufacturers themselves providing finance directly to the consumer. In all these cases the banks are relegated to account custodians and payment agents, hardly the areas with the biggest profit margins.

In conclusion, I would like to challenge the banks to embrace the social market, syndicate your products, get online and connect with your customers and your entire target audience, or retreat slowly and lose your most profitable segments to this growing crop of new players.